One of the most common errors found in the media is the confusion between correlation and causation in scientific and health-related studies. In theory, these are easy to distinguish — an action or occurrence can cause another (such as smoking causes lung cancer), or it  can correlate with another (such as smoking is correlated with  alcoholism).  If one action causes another, then they are most certainly correlated.  But just because two things occur together does not mean that one caused the other, even if it seems to make sense.

A really smart guy named Karl Pearson figured out how to calculate a summary number that allows you to answer the question “How strong is the relationship of a correlation?”  In honor of his genius, the statistic was named after him. It is called Pearson’s Correlation Coefficient (r).

Step By Step Directions for Calculating a Pearson's r 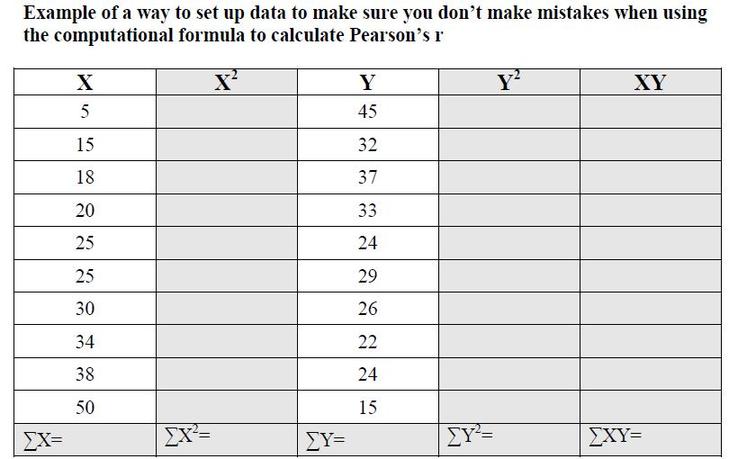 3.  Multiply each X score by its paired Y score which will give you the cross-products of X and Y.

5.  Enter the numbers you have calculated in the spaces where they should go in the formula.

7.  Do the division by n parts in the formula.

8.  Do the subtraction parts of the formula

9.  Multiply the numbers in the denominator.

10.Take the square root of the denominator.
​
11.  Take the last step and divide the numerator by the denominator and you will get the Correlation Coefficient!

It Tells You The Direction Of A Relationship:
If your correlation coefficient is a negative number you can tell, just by looking  at it, that there is an indirect, negative relationship between the two variables.  As you may recall, a negative relationship means that as values on one variable increase (go up) the values on the other variable tend to decrease (go down) in a predictable manner.   If your     correlation coefficient is a positive number, then you know that you have a direct, positive relationship. This means that as one variable increases (or decreases) the values of the other variable tend to go in the same direction. If one increases, so does the other. If one decreases, so does the other in a predictable manner. 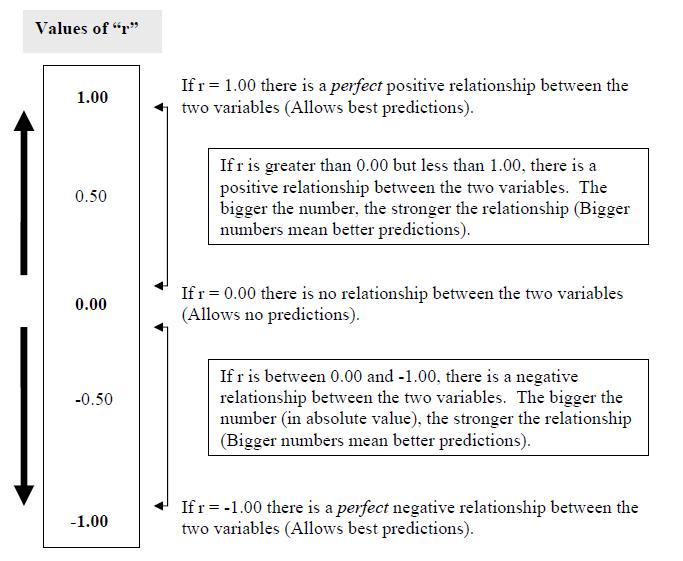 How do you determine whether or not a correlation is simply a chance occurrence or if it really is true of the population? ​ There is a additional step you can do to determine the "significance" of your correlation coefficient.  Just like other statistical tests, the significance of a correlation tests two hypotheses:
You will need three things in order to determine whether you can infer that the relationship you found in your sample is significant (in other words, “is generalizable” in the larger population):
The first thing you need to do is look down the degrees of freedom column until you see the row with the number of degrees of freedom that matches your sample degrees of freedom.  Look across to the number listed under 0.05 level of significance.  This number is called “the critical value of r”. 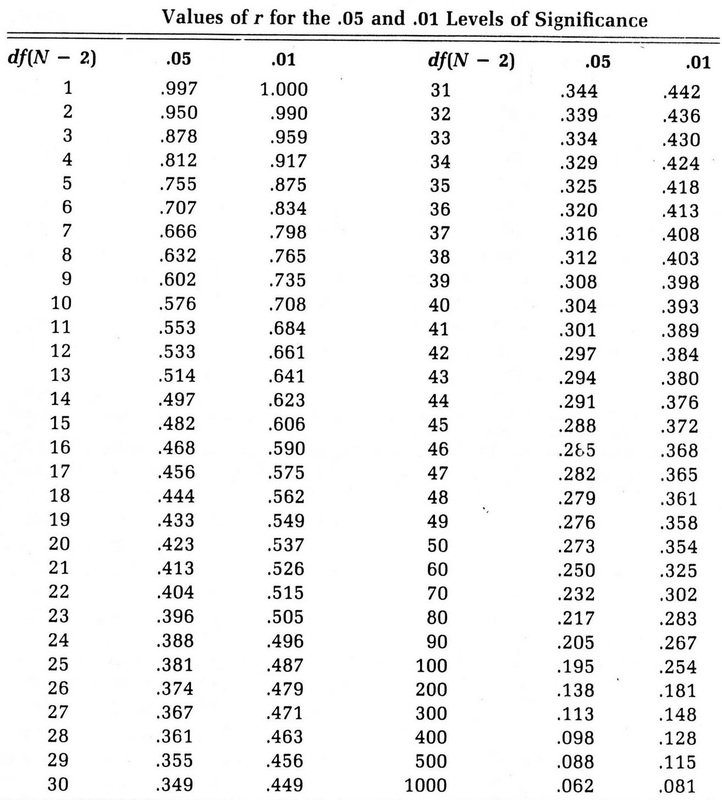 Draw your conclusion by comparing the calculated and critical r values: