Chi-square Test for Independence is a statistical test commonly used to determine if there is a significant association between two variables.  For example, a biologist might want to determine if two species of organisms associate (are found together) in a community.

Does Species A associate with Species B?
Just like other statistical tests, the Chi-Square Test for Independence tests two hypotheses:

How to Calculate a Chi-Square Test of Independence

The first step is to collect raw data for the occurrence of each variable.  This is often done via random sampling using a quadrant.  In our example, there are five quadrants.  Determine: 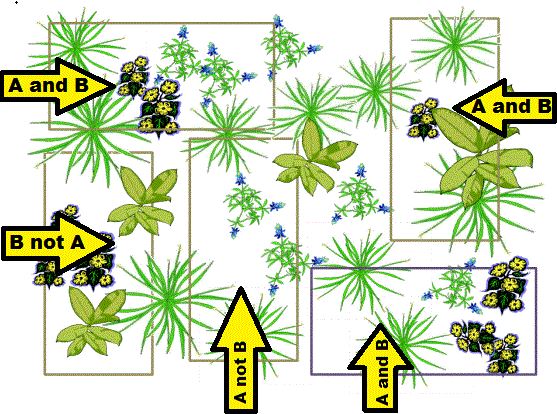 Then create a "contingency table" to display your results.  In the Chi-Square test, these are your OBSERVED values. 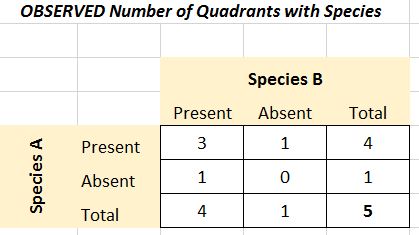 Next you need to determine what would be EXPECTED assuming the species are randomly distributed with respect to each other.   Expected frequencies = (row total X column total) / grand total

Now that you have OBSERVED and EXPECTED values, apply the Chi-Square formula in each part of the contingency table by determining (O-E)2 / E for each box.

The X2 distribution table is organized by the Level of  Significance.  The level of significance is the maximum tolerable probability of accepting a false null hypothesis.  We use 0.05.  ​ 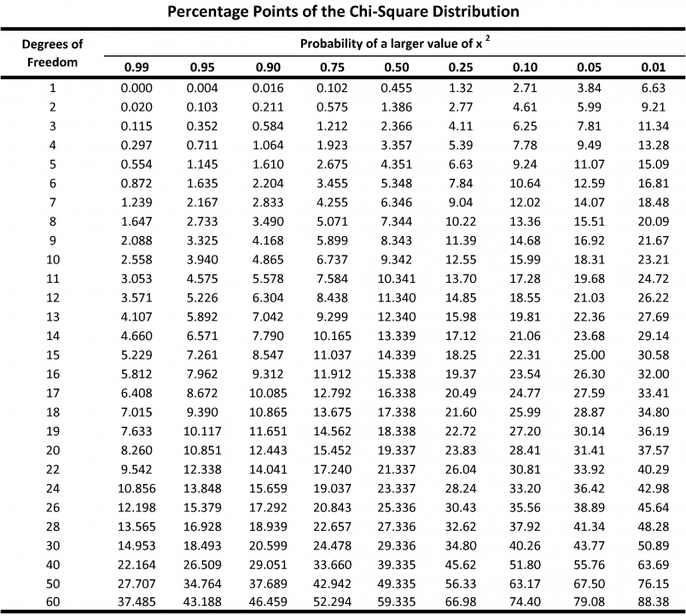